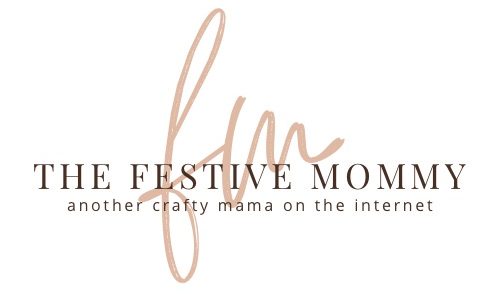 by Chelsea
No Comments 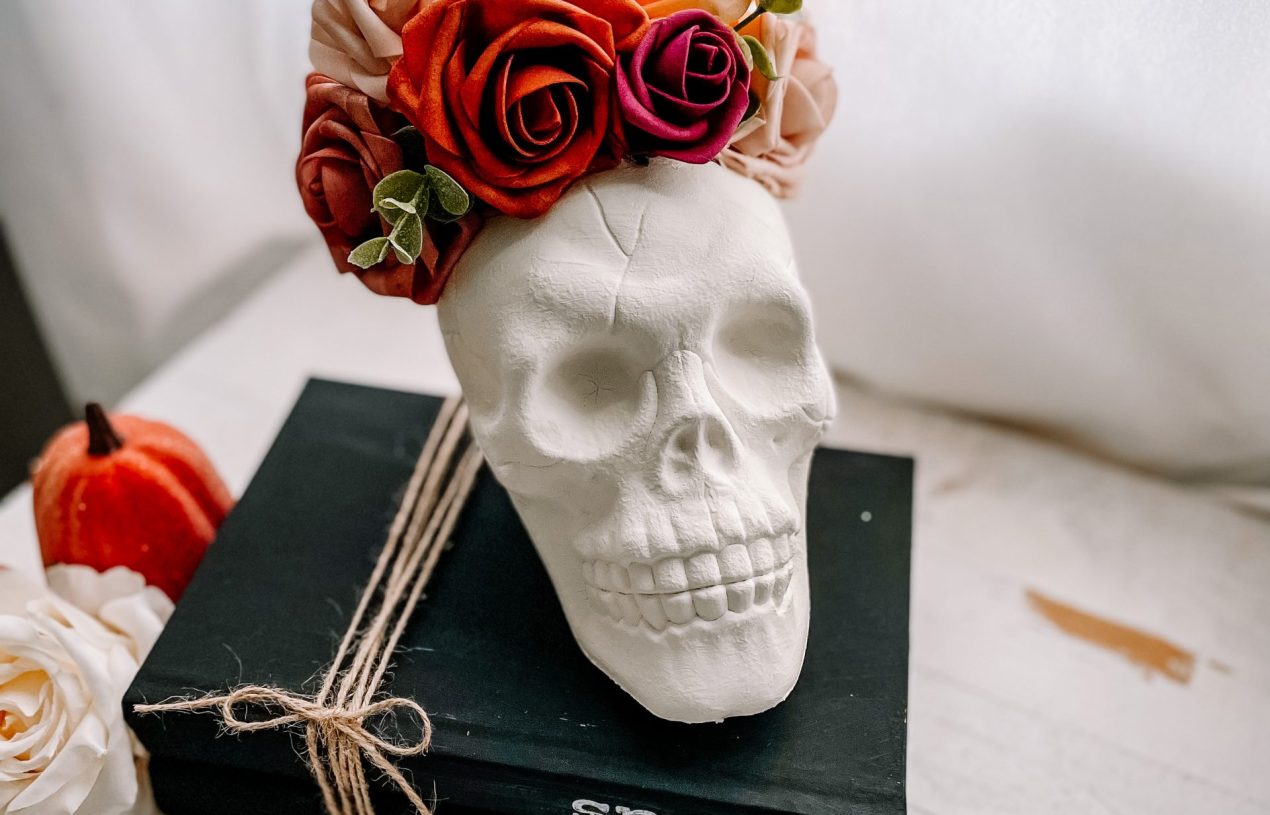 My DIY skull vase was easy, fun, and inexpensive. You don’t need too many supplies for this one, and your DIY skull vase will end up looking way more expensive than it really was!

Let’s get started with our DIY skull vase!

The first thing I did for this DIY skull vase was cut a hole in the top of the skull where the flowers would go. This proved to be harder than I thought it would be 😐

For some reason I thought I’d be able to cut this plastic skull with scissors. Nope, that was absolutely not happening. I brainstormed a bit and ultimately decided to use a knife. I don’t trust myself with knives very much (:lol:), so I wanted to use a less sharp option.

I ended up going with a serrated steak knife. It worked pretty well! It was strangely satisfying to chisel through plastic with a steak knife.

When I cut my hole for my DIY skull vase, I made it a little too far back. If you’re doing this project, I’d recommend cutting the hole closer to the skull’s forehead area than I did. This will help to display the flowers more.

I used a cream colored chalk paint (specifically Folk Art Chalk Paint in Sheepskin) to paint my skull. It took about 2-3 coats to cover all the darker areas of the skull so they didn’t show through.

I used cream paint for this DIY skull vase, but I like the idea of using black or gold too. I did buy 5 of these plastic skulls from Dollar Tree, so maybe I’ll try that next.

Now it’s time to fill your DIY skull vase with some fall florals. I used some extra flowers I had from another project and I think they look so pretty and elegant, yet fall-ish.

If you want to keep with the Dollar Tree DIY theme for this project, get your florals at Dollar Tree! They have an amazing selection of fall stuff and you can’t beat the price.

I wish I had gotten a foam ball to put inside the skull so I could stick the flowers into that to keep them in place, but I didn’t think of it at the time. Instead, I filled the skull with some tissue paper to kind of prop the flowers up, then I hot glued them in place so they would stay the way I wanted them to. It worked out fine and my DIY skull vase still looks finished (from the front 😆 ).

And we’re already all finished up! Find a cute place for your creepy elegant DIY skull vase.

This was one of my easiest Dollar Tree DIY projects I’ve done, and I feel like it turned out so pretty and unique looking.

Even though I made this as a Halloween decoration, I think it could actually work all year round. What do you think?? Would you keep it out all year, or just for Halloween?

Let me know in the comments!

7 Completely Unnecessary Baby Items to Avoid Putting on Your Registry